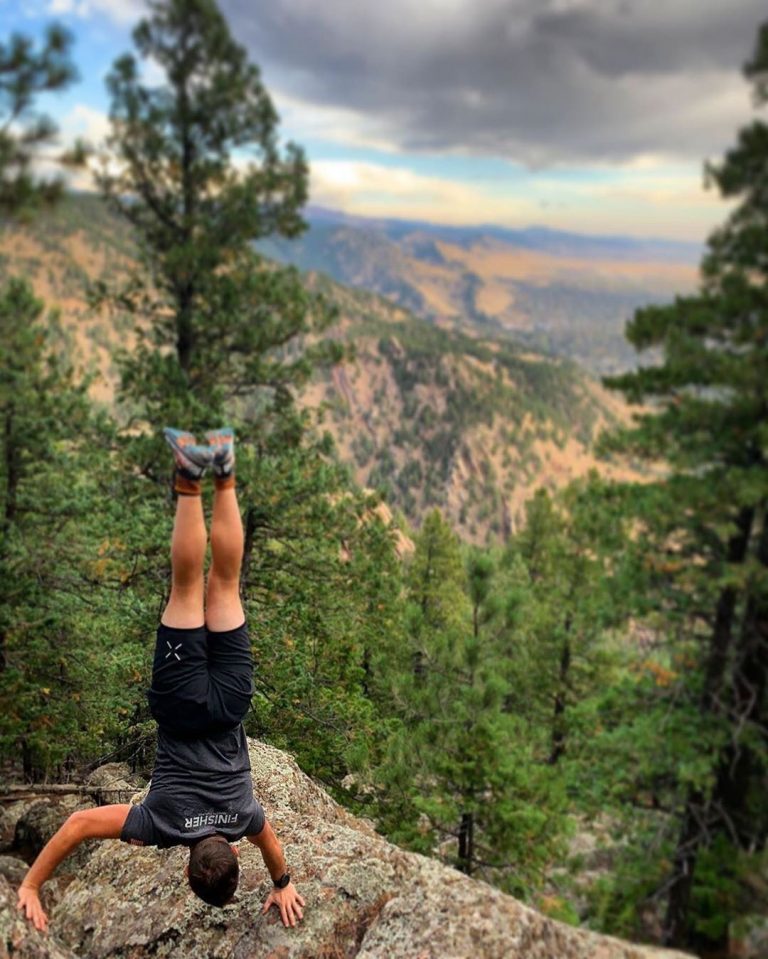 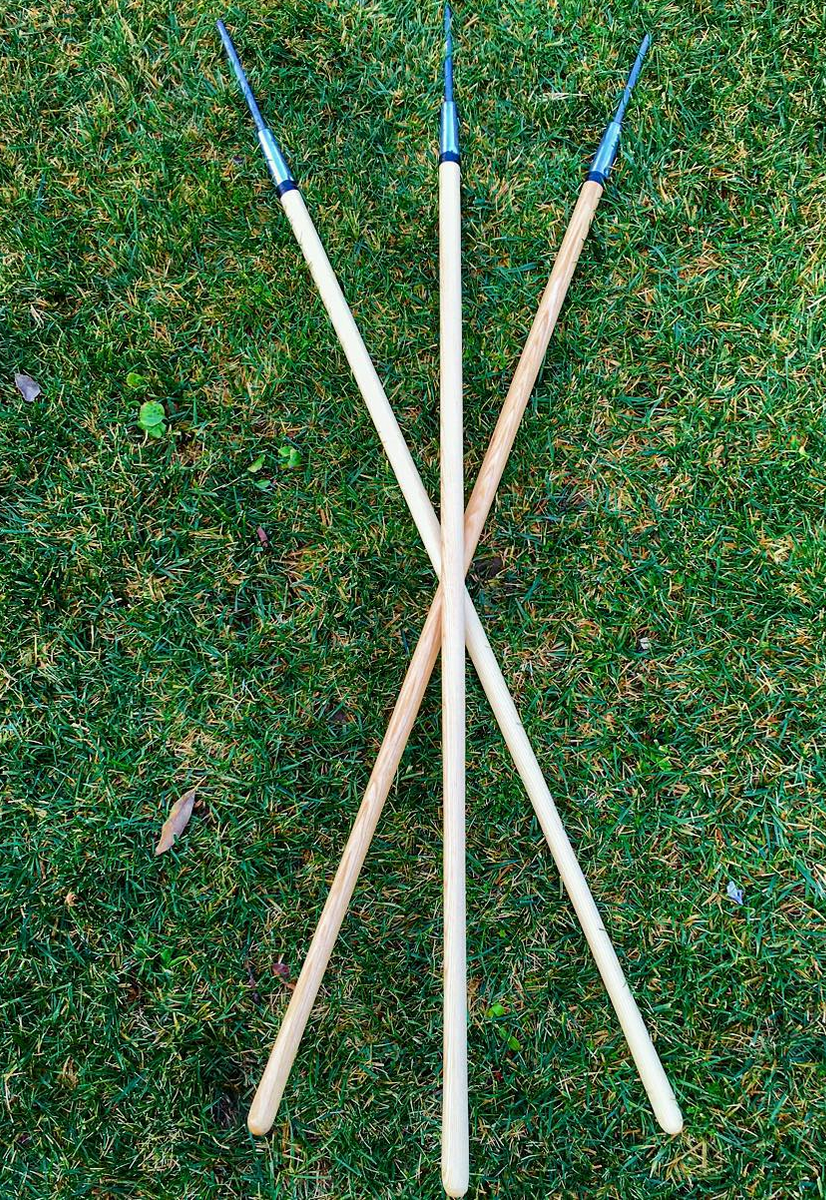 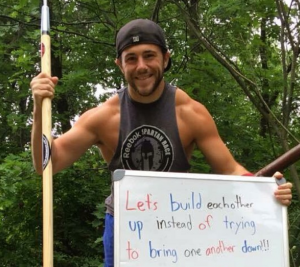 My name is Drew Rossi and I’d like to take you through my fitness and professional journey beginning with high school. I wrestled in high school, but never had any success. My record was always around 5-20 for the year in all 3 years that I wrestled.

It was a Vo-tech school, so I was required to choose a trade at the age of 14, and that’s the field that I was to partake in for the rest of my career. I thought being an electrician sounded cool at the time, so that’s what I chose, I had never even met another electrician at this point in my life. Once reaching 11th grade, they inserted me into the workforce, and I alternated every two weeks of working 40 hour weeks, then going to school for two weeks for the remainder of 11th and 12th grade. After graduating, my wrestling head coach asked if I would assist him in the program, and I became an assistant high school wrestling coach while working for an electrical contractor.

This is the point in time that I found a passion for coaching, a time that I learned that I really retained technique when I was able to demonstrate and teach others. After a few years I was entering open wrestling tournaments and placing in them. Then being in my early 20’s and thinking that I was invincible, I entered down a path of motorcycle accidents, surgeries, back injuries, and a few years of leaving fitness and not working out at all. Still working for electrical contractors, I gained around 60 pounds over the 3 years of being inactive and had every excuse to avoid doing anything that involved moving.

Then I reconnected with a guy that I used to coach in wrestling, who introduced me to Brazilian Jiu Jitsu(BJJ). I was overweight with a tremendous amount of pain throughout my body, but I practiced daily and truly developed a passion for the art of BJJ. For years I avoided moving my body too much because I thought that it would increase my pain, but it was the inactivity that was causing my back and joints to constantly ache. Once I started to rebuild core strength, the pain from my herniated and bulging disks started to diminish, and I was able to amp up my exercise.

At this point I realized the importance of staying active. As the months went on, I noticed that I was having less pain and increased energy, which inspired me to stop eating fast food daily, and work on my eating habits. I joined a weight loss competition and ended up going from 205 pounds down to 158 pounds in six months to win it. I was doing P90x, running, and training BJJ daily.

Then I did a Spartan Race and it was the best experience of my entire life!

BJJ took a back seat as I dove into training strictly for Obstacle Course Racing. I felt such a strong passion for how fitness and nutrition transformed my life that I wanted to encourage others to do the same. I quit working for electrical contractors, told myself that I would be my own boss from then on out, and entered the personal training and nutrition industry. My clientele built up extremely fast with the energy that I had going in, my before-and-after photos were a great tool to sell my training as well! I went on to run 4 races that first year recreationally, I ran another 12 races the following year in the open heats, then I started to get fast, so I started racing competitively in obstacle course racing in 2014.

I began traveling the country to race just about every weekend. I quickly learned that I couldn’t juggle owning a gym while traveling around the country on the weekends, so I closed up the gym and became an online fitness trainer. It didn’t pay much, but it was enough to pay for my newly found passion that many called an obsession. Then I began selling Spartan spears once I realized that there was a huge demand for them in the rapidly growing sport.

In the first year, I sold spears all around the country. At that moment, I became a believer in the “do what you love, and the money will follow” motto. Spartan Race gave me the opportunity to experience most of the country, and I found that one of the biggest reasons why I loved racing were the venues that they were held at. I was racing up and down mountains so I was able to experience nature and the great outdoors. Being fit truly gives you an astonishing amount of freedom to do significantly more in life. I know this because I have been on both sides.

Now that I have experienced how good it made me feel to be in the mountains, I decided that I was going to take a 2 month road trip to the Colorado mountains. It was my first time in the state of Colorado, yet on the second day of being in the state, I told myself that I was moving there by the end of the year. Within the 2 month camping trip in Colorado, I hiked 28 of Colorado’s tallest mountains, visited every National Park in the state, and felt completely free running around the mountains. I even met my fiancé on a mountain as she was running up and I was running down!

When I got back to Delaware after the two month road trip, I sold everything I owned, and made the moves needed to purchase a house in Colorado with my fiancé. I started a handyman business as soon as we moved to Colorado and within two weeks of moving there, I was working 60-hour weeks. I didn’t like how I felt after a year of working the high demand, so I scaled it back in 2019 to only work 30 hours per week. It was important for me to be able to get into the mountains more during the week!

For the year of 2019, I was able to hike 834 miles and climb 384,000’ of mountains (the empire state building is 1454’ to put that into perspective). Now at 34-years-old, I am in the best cardiovascular shape of my entire life and consistently the happiest that I have ever been. I can’t wait to help you achieve your goals too!